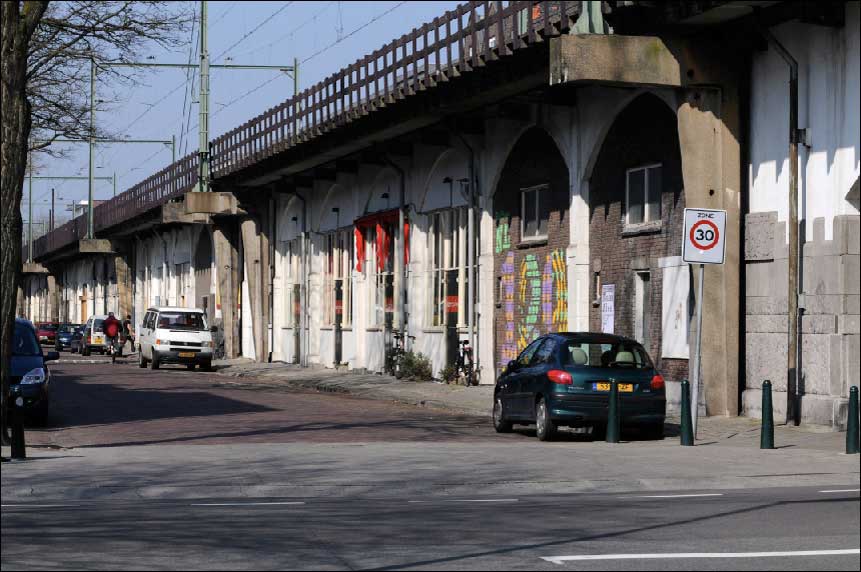 1.9-kilometer-long viaduct, built in the northern part of Rotterdam in the early 20th century

Since 2007 Crimson Architectural Historians has been leading the Hofbogen project in Rotterdam.

The Hofplein viaduct (1905-1908) is a 1.9-kilometer-long viaduct, built in the northern part of Rotterdam in the early 20th century. It consists of 189 arches and forms the start of a railway line linking Rotterdam with The Hague and Scheveningen. The Hofplein viaduct is owned by Hofbogen BV, a private enterprise, set up in 2006 by four Rotterdam-based housing corporations. A carefully considered new use for this former railway line will make a key contribution to upgrading the quality of the northern suburbs of the city. Since 2007 Hofbogen BV, under the leadership of Crimson Architectural Historians, has already undertaken several projects, ranging from small-scale temporary cultural events to large-scale restoration.

An important point of focus in Hofbogen’s activities is the temporary redevelopment of the old Hofplein station, which, due to its prominent location in the Pompenburg development area, forms an important link with Rotterdam city centre. At present it is a bleak residual site right next to Hofplein and bounded by the Schiekade, the Heer Bokelweg and Pompenburg; however, in view of its central location in the city, important urban development will take place here in the future. In anticipation of this development and the future transformation of the viaduct itself, the former Hofplein station will be transformed into a bustling heart for activities such as art, culture, youth services and education. 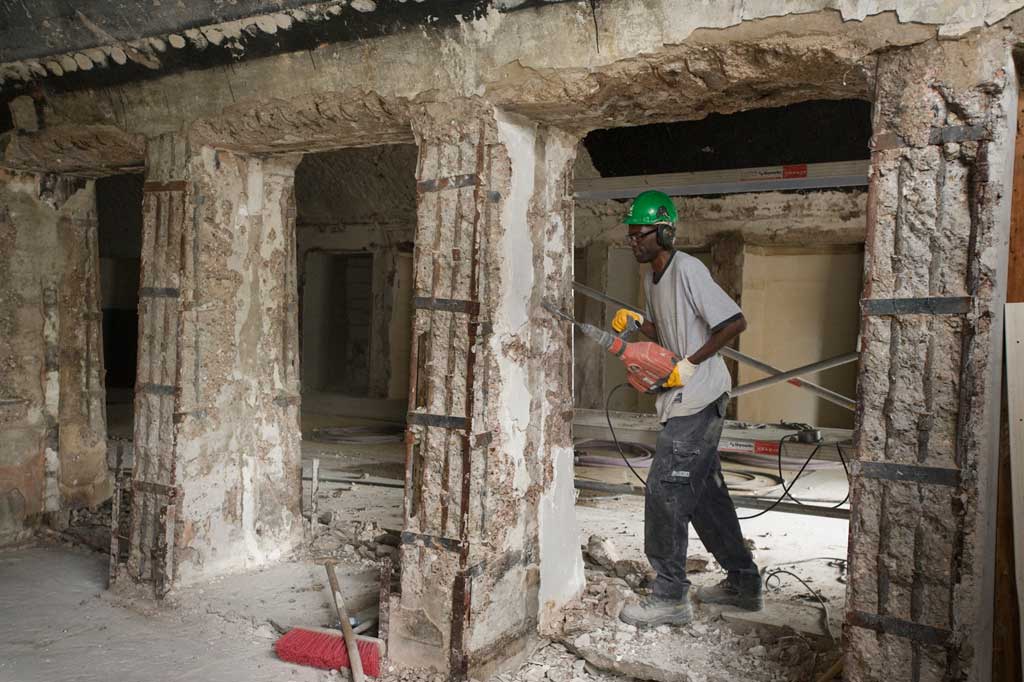 After a long wait for the starting signal for the renovation of Hofplein Station the green light was given in early 2009. Amidst thick clouds of dust, the spaces under the first seven arches have been fully restored to their original monumental state. The still extant interior has been completely stripped, the reinforcement has been cleaned and the concrete of the vaults and columns repaired to prepare the spaces for the programme that Hofbogen has developed. For a period of ten years, Hofbogen will transform the adjacent arched spaces into an attractive place for Rotterdam’s residents and visitors. The roof of Hofplein Station will also be included in the plan. First of all the arched spaces will be transformed into a Creative Mini Mall (design by: Peña Architecture and Afarai) so that in early 2011 entrepreneurs, artists, musicians, designers and other creative minds can move in and change Hofplein Station into a lively, dazzling place of culture for the young.[modula id="2032"]