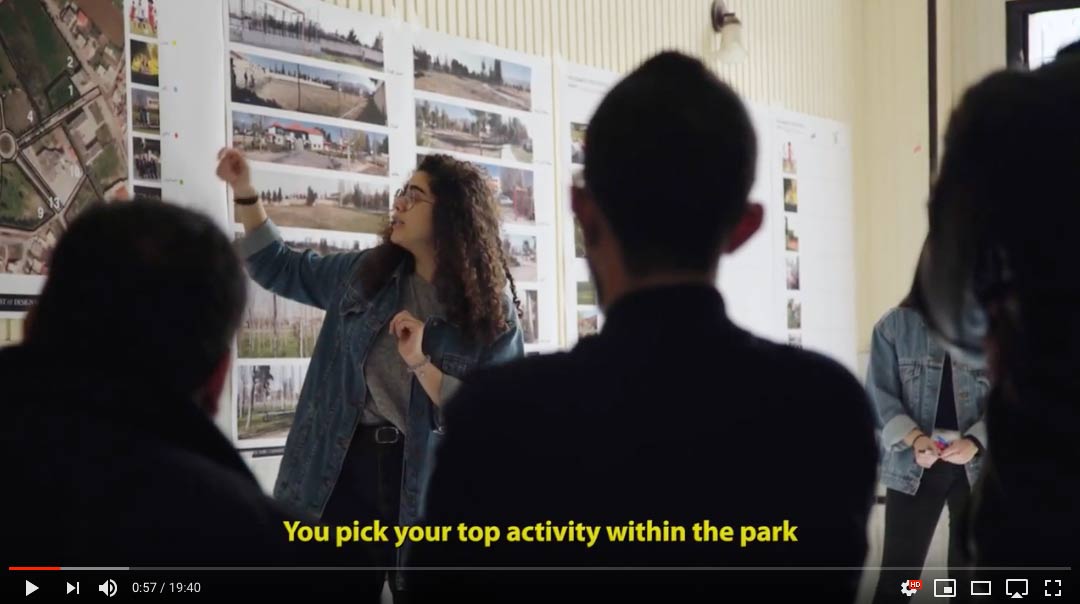 In the course of 2018, Mike Emmerik worked together with Floris Alkemade, Bart Erens and VNG international, on the revitalization of a public park in Ghazza. This small town in the Lebanese Bekaa valley with around 7,000 inhabitants, has experienced the influx of over 22,000 Syrian refugees. Half of them have found residence in the existing urban fabric and often live in the unoccupied houses that belong to the Lebanese Diaspora, while the others live in informal tented settlements scattered in the surroundings of the village. This rapid increase in population presented the city of Ghazzé - just like many other cities in Jordan and Lebanon - with major planning and public services challenges. Emergency relief provides essentials like food and water. But more is needed, such as basic public services, sewage or waste management.

Together with a team of Dutch and Lebanese architects, Mike developed spatial interventions for the revitalization of a large public park of around 6 hectares on the edge of the city with the aim of reducing social tensions and stimulating interaction between the different users of the park. The young Lebanese filmmaker Firas el Hallak made this short movie to capture both the process and the atmospheres in the village. The film is produced by The Office of The Chief Government Architect of The Netherlands and was shown at the International Architecture Biennale Rotterdam in 2018.